From minor control trips right down to compressor and transformer failures, harmonics can have an impact on every type of HVAC equipment. Surprisingly, harmonics is something that quite often can be overlooked. 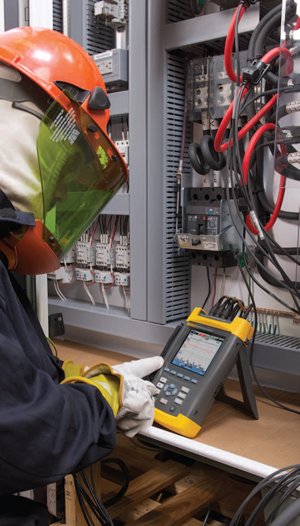 Harmonic currents flow in a circuit at multiples of the fundamental 60 hertz (Hz) frequency. For example, current flowing in a circuit at 180 Hz is the third harmonic (60 Hz multiplied by 3). These currents are not indicated on multimeters and therefore are usually not detected until unusual control and equipment problems start to happen. Comparing these current readings from an average-responding meter to that of a good quality true-rms meter on the same circuit will help in indicating harmonic issues. An average-responding meter will specify only the 60 Hz current, the true-rms meter can indicate a combination of 60 Hz and harmonic currents.

The production and reflection of these harmonic currents back into the electrical distribution system can cause problems such as:

It is now possible for professional technicians and engineers to isolate harmonic issues back to their source and then mitigate their effects by either replacing the problematic item or by installing harmonic filters.

Modern electronic circuits must convert the supplied 60 Hz alternating current (ac) into direct current (dc) since the electronics operate using dc voltage and current. The waveform of the current drawn by these electronic loads reveals that the current waveform does not correspond to the voltage waveform applied. Thus, such electronic loads are referred to as “nonlinear” loads. These nonlinear loads produce the harmonic currents reflected back into the system. Harmonic currents appear across a wide spectrum, but generally diminish as the frequencies get higher and higher. See Figure 1. 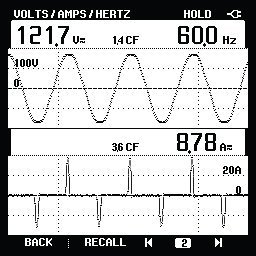 Figure 1. Nonlinear load. Observing one single-phase set of voltage and current sine waves drawn by a variable frequency drive (VFD) readily shows that the current waveform (lower) does not conform at all to the voltage waveform applied. Such nonlinear loads produce harmonic currents that flow into the distribution system.

While different harmonic frequencies produce their own unique effect in a circuit, when combined they can distort the original 60 Hz sine wave. Distorted power at the input point to electronic equipment can create the erroneous trips and alarms that sometimes occur in control circuits. Some harmonic currents will produce excessive heat while other harmonics produce a reverse torque in motors therefore reducing efficiency and overheating motors.

Troubleshooting in any circuit means properly identifying the root cause of the problem and then isolating the source. If this routine troubleshooting does not reveal the problem you will have to consider looking for harmonics: 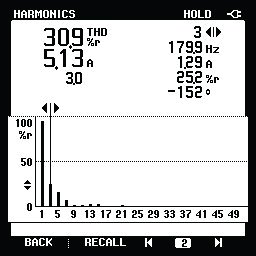 What to do when you find excessive harmonics

If you find excessive harmonics, review each case individually before making a decision on a course of action. You can buy harmonic filters and put them as close as is possible to the equipment that is producing the harmonic currents. You can consult the manufacturer of the equipment or an outside engineering consultant to recommend the most suitable harmonic filter for the problem.

You can also email us for further information or call us on 057 866 2162, we’d be happy to answer any queries you might have.